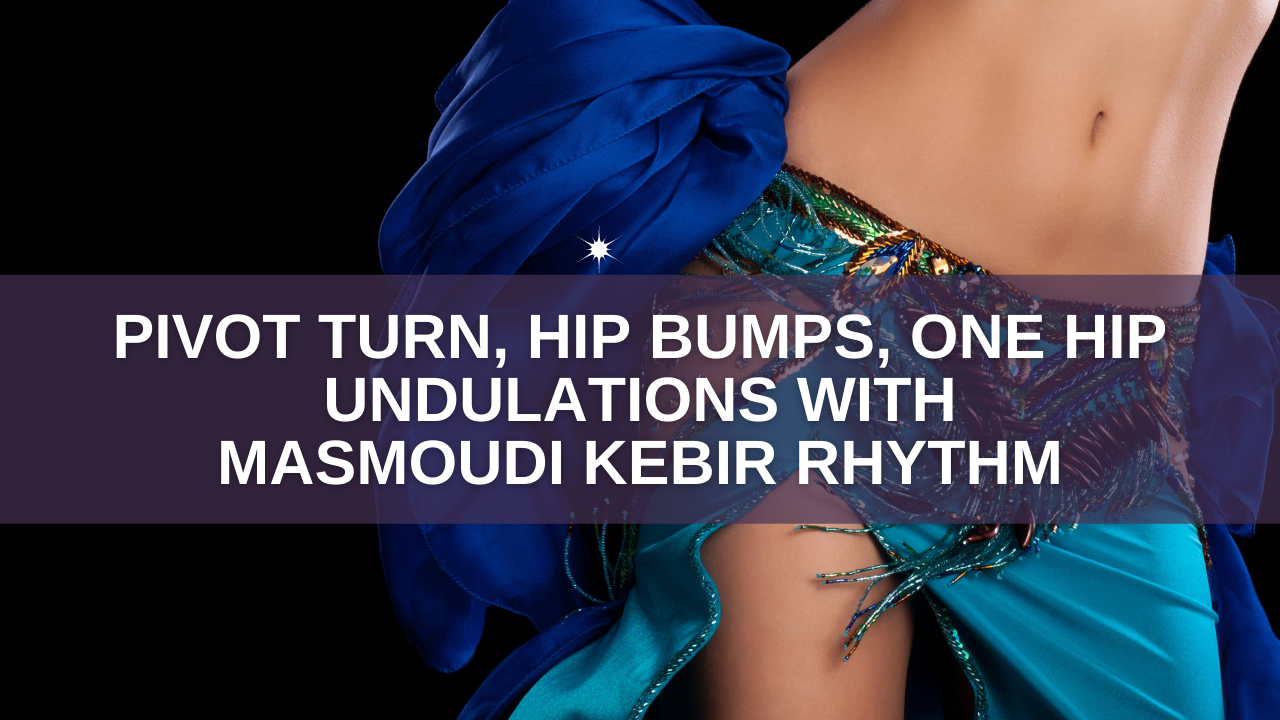 In this video, I’m going to break down a section of choreography based on the “Masmoudi Kebir” rhythm.

Masmoudi Kebir is an 8/4 rhythm. It has the same basic pattern as Masmoudi Saghir 4/4, with two doums in the first half of the rhythm and a single doum in the second half.

What’s most important isn’t the names, but being able to communicate the sounds of the rhythm, so you can describe it to students and musicians, as needed.