You dance geeks have been asking for my top belly dance history book recommendations. Well, your wait is over. Here are my favorite history reads! Be sure to click on the titles to be transported to Amazon where you can conveniently purchase these books. Enjoy!

Disclaimer: Making these awesome resources takes a lot of time and effort. When you use the links below to make a purchase, Ahlam Academy gets a small percentage of the sale.  Every bit helps support Ahlam Academy’s continuing efforts to provide unique (and often FREE) educational resources. Thank you for using these links! 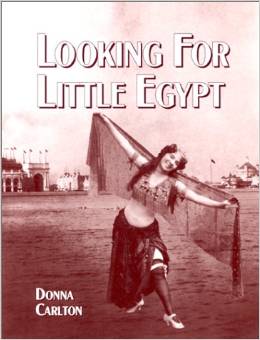 Little Egypt was a pre-Hollywood sex symbol. She was created by & personified the Western obsession for the exotic. She was born in an age when showmen, in deliberate Barnum-esque fashion, outdid each other to manipulate the press & mislead the public by fabricating larger-than-life personalities. More than 27 million people came to Chicago in 1893 to tour the great World’s Colombian Exposition, & many of them delighted in the “dancing girls” of the Egyptian theatre. One such dancer, known professionally as “Little Egypt,” found notoriety through her involvement in a spicy scandal. Was there any truth to the stories circulated about Little Egypt, or was it just sideshow spiel? Why was so many different women later proclaimed as “the original” Little Egypt? Carefully researched & lavishly illustrated, Looking for Little Egypt also documents the Oriental exhibits at 1893 fair, providing a detailed look at entertainers who fascinated-and scandalized-audiences of the day.

A Trade Like Any Other: Female Singers and Dancers in Egypt by Karin van Nieuwkerk

In Egypt, singing and dancing are considered essential on happy occasions. Professional entertainers often perform at weddings and other celebrations, and a host family’s prestige rises with the number, expense, and fame of the entertainers they hire. Paradoxically, however, the entertainers themselves are often viewed as disreputable people and are accorded little prestige in Egyptian society.

This paradox forms the starting point of Karin van Nieuwkerk’s look at the Egyptian entertainment trade. She explores the lives of female performers and the reasons why work they regard as “a trade like any other” is considered disreputable in Egyptian society. In particular, she demonstrates that while male entertainers are often viewed as simply “making a living,” female performers are almost always considered bad, seductive women engaged in dishonorable conduct. She traces this perception to the social definition of the female body as always and only sexual and enticing—a perception that stigmatizes women entertainers even as it simultaneously offers them a means of livelihood.

Before They Were Belly Dancers: Europeans Accounts of Female Entertainers in Egypt 1760-1870 by Kathleen W. Fraser 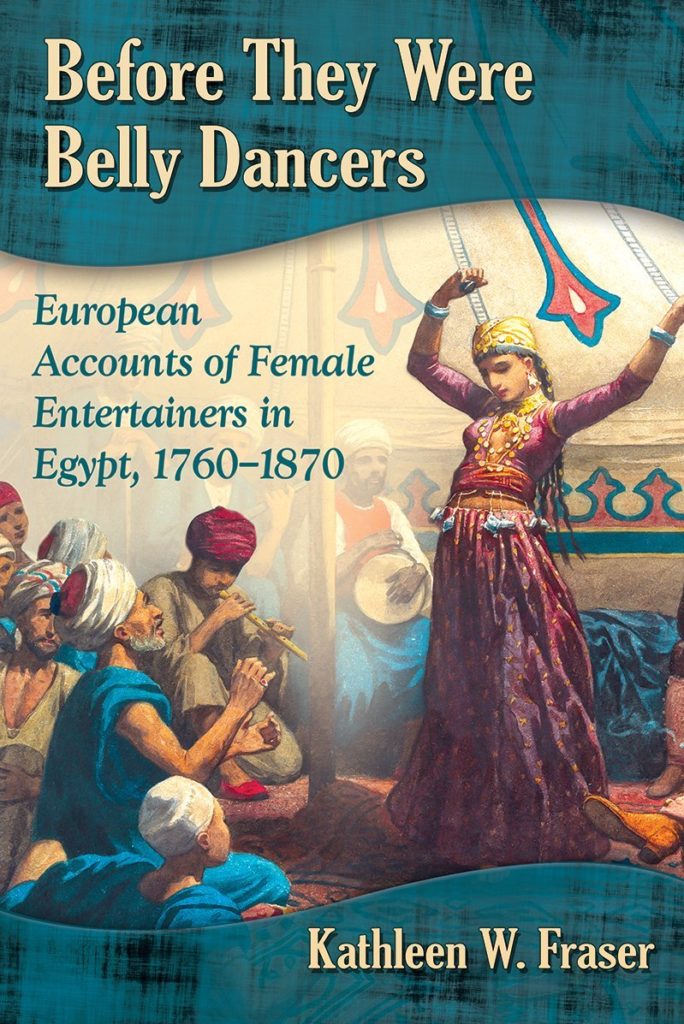 Focusing on Egypt during the period 1760 to 1870, this book fills in some of the historical blanks for a dance form often known today in the Middle East as raqs sharki or raqs baladi, and in Western countries as “belly dance”. Eyewitness accounts written by European travelers, the major primary source for modern scholars, provide most of the research material. The author shapes these numerous accounts into a coherent whole, providing a picture of Egyptian female entertainers of the period as professionals in the arts, rather than as a group of unnamed ethnic dancers and singers. An analysis is given of the contexts of this dance that was a legitimate performing art form in Egyptian society appreciated by a wide variety of audiences with a focus on actual performances and a re-creation of choreography. 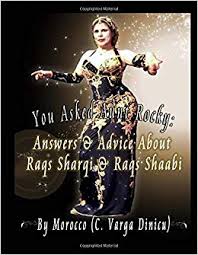 Over 50 years of research and experience… No other book contains such an in-depth look at what we popularly call ‘belly dance’. Country by country, region by region, Morocco breaks down customs, dances, rhythms, and folklore while answering common questions and addressing major misconceptions about the world of Oriental dance. ‘You Asked Aunt Rocky’ is the definitive textbook for the study of Raqs Sharqi and Raqs Shaabi. Informative enough for any scholarly study of the subject, yet written for those who love the dance, this great tome is a treasure and an asset to any collection on the arts of North Africa, Asia Minor, and the Middle East.

Dancing was important to the ancient Egyptians. One of the few books available in English on this topic, this carefully researched, profusely illustrated work investigates the origins, nature, and role of dance in Egyptian culture. Features 80 figure drawings and illustrations adapted from tomb paintings, reliefs, other authentic sources. New introduction. Bibliography.

An Account of The Manners and Customs of The Modern Egyptians, Volume 1 by Edward W. Lane 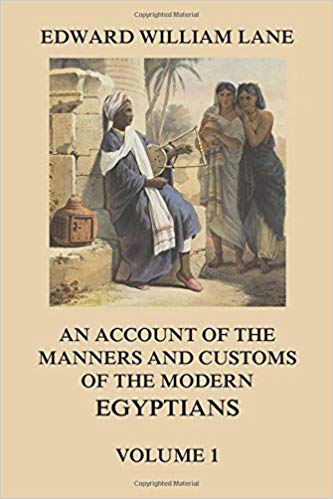 It is now more than one hundred years since Lane gave to the world his admirable work on the Egyptians. It has become a classic, and no writer has given us such unsurpassed descriptions of the manners and customs of the people. Lane went to Egypt in 1825 and adopting the native customs, and with a good knowledge of Arabic, he mingled with the people, living at one time in a tomb, with bones, rags, and mummies for his companions. He associated, almost exclusively, with Moslems, of various ranks in society, lived as they lived, conforming with their general habits and their religious ceremonies, and abstaining from the use of the knife and fork at meals. He ascended the Nile to the Second Cataract, and everywhere recording his exact impressions, making plans and careful drawings, and taking the trouble to secure accurate knowledge. The second trip to Egypt, remaining two years, enabled him to still more completely enter into the life of the Egyptians. Upon his return to England, he published this book. Its success was immediate, and many editions have been called for since. This is volume one out of two and comes with a wealth of illustrations. (Description from Amazon)

An Account of The Manners and Customs of The Modern Egyptians, Volume 2 by Edward W. Lane 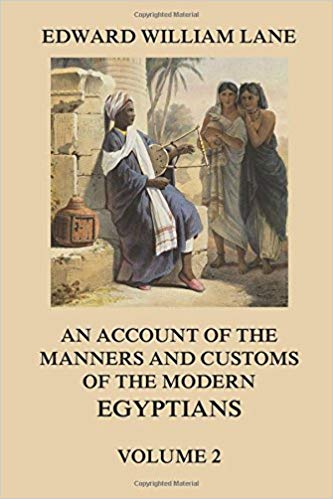 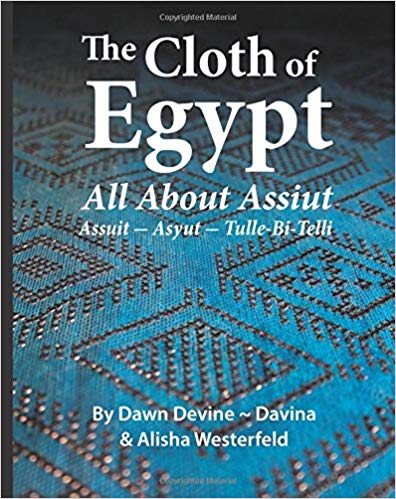 The Cloth of Egypt: All About Assiut is the first book of its kind to document and celebrate the supple and sparkling fabric known today as assiut. This single-stitch metal embroidery technique originated in Turkey but transformed into a distinctive textile tradition in Upper Egypt during the 19th century. Vintage Assiut is now an exotic cult collectible, prized. This book, will entertain and educate anyone interested in its history, legends, wear and care. Vintage clothing collectors, textile historians, and belly dancers will all find inspiration and information about this sometimes mysterious, yet always beautiful Assiut cloth. Part one traces the history of this cloth, known variously as tulle bi telli, tally, and Assiut, from the era when it first entered the historical record until the twenty-first century. This section of the book is lavishly illustrated with vintage images from around the globe. Part two dives into the technology of the fabric, exploring the history of the fiber content and weave structure of the ground cloth as well as the structure of the metal embroidery stitch. Part three is about integrating both vintage and modern textiles into your collection and using it in your wardrobe. Part four presents the myriad ways that Assiut cloth is used for historic costuming, traditional and modern belly dance performance attire. Dawn Devine aka Davina, art historian and author, is an internationally renowned belly dancer, who has spent more than 18 years working on an interdisciplinary research project on the history of Assiut. The result is this revolutionary book, filled with more than 700 vintage and modern b/w photos to inspire and delight. (Description from Amazon)

Siwa: Jewelry, Costume, and Life in an Egyptian Oasis by Margaret M. Vale 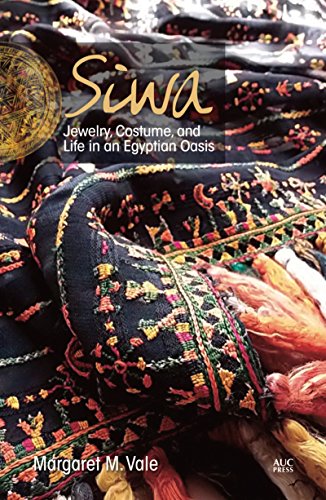 Siwa is a remote oasis deep in the heart of the Egyptian desert near the border with Libya. Until an asphalt road was built to the Mediterranean coast in the 1980s, its only links to the outside world were by arduous camel tracks. As a result of this isolation, Siwa developed a unique culture manifested in its crafts of basketry, pottery, and embroidery and in its styles of costume and silverwork. The most visible and celebrated example of this was the silver jewelry that was worn by women in abundance at weddings and other ceremonies.
Based on conversations with women and men in the oasis and with reference to old texts, this book describes the jewelry and costume at this high point of Siwan culture against the backdrop of its date gardens and springs, social life, and dramatic history. It places the women’s jewelry, costume, and embroidery into social perspective, and describes how they were used in ceremonies and everyday life and how they were related to their beliefs and attitudes to the world.
The book also describes how, in the second half of the twentieth century, the arrival of the road and of television brought drastic change, and the oasis was exposed to the styles and fashions of the outside world and how the traditional silver ornaments were gradually replaced by gold. (Description by Amazon)

Reveal and Conceal: Dress in contemporary Egypt by Andrea B. Rugh 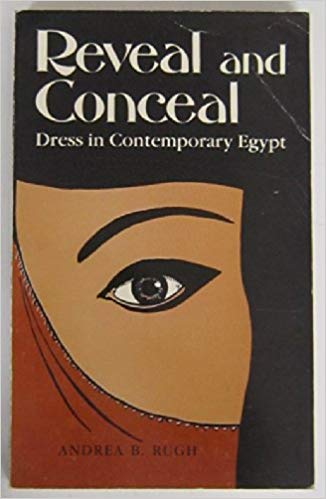 This book is an exciting study of clothing as a complex cultural expression. The author analyses contemporary social meanings found in the symbols of dress and shows the way groups and individuals use the symbols like a language to reveal or conceal significant aspects of their personal identities. Reveal and Conceal contains thirty-three line drawings, clearly depicting the various modes and differences in dress. Forty-eight photographs are included in the book, most of which were taken by the author during her extensive interviews with the women and men of the Egyptian villages and cities she researched. 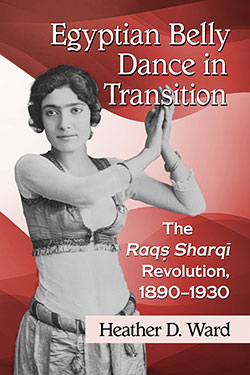 Raqs sharqi, the Egyptian dance form aka belly dance, has for generations captured imaginations around the globe. Yet its origins have been obscured by misinformation and conjecture, rooted in Orientalist attitudes about the Middle East–a widely accepted narrative suggests the dance was created in response to Western influences and desires. Drawing on an array of primary sources, the author traces the early development of raqs sharqi in the context of contemporary trends in Egyptian arts and entertainment. The dance is revealed to be a hybrid cultural expression, emerging with the formation of Egyptian national identity at the end of the 19th century, when Egypt was occupied by the British. 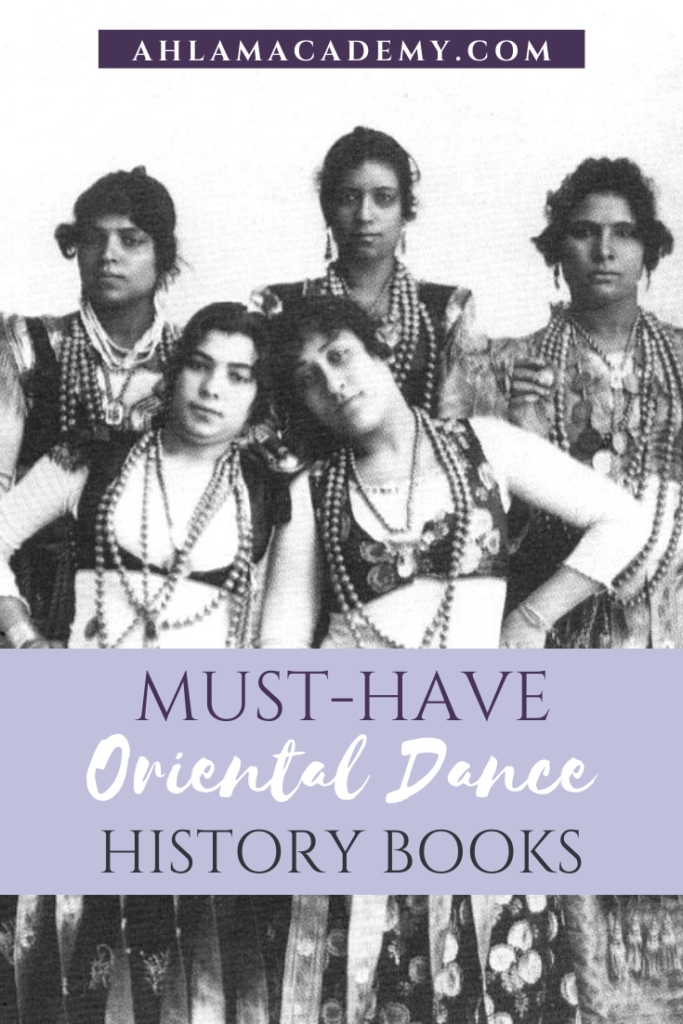